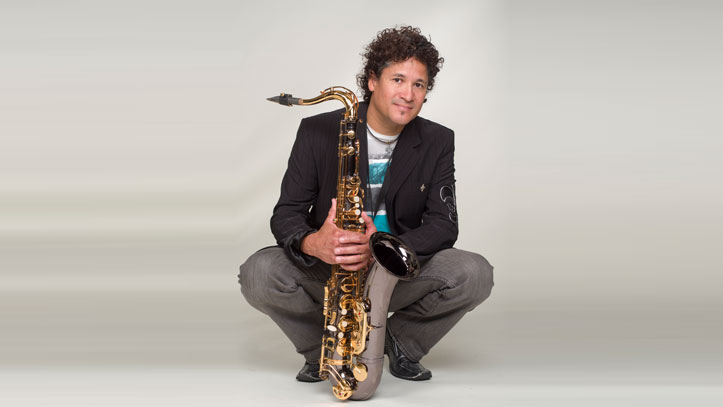 In 1981, Steve moved to Los Angeles and began touring and recording. Steve’s first major recording contract with Motown Records in 1984 was as front man for JAKATA. That began a relationship with producer Steve Barri (signed Steely Dan).

In 1998, Steve released his solo album “Dream Harvest” (JVC Records) which included both keyboardist Jeff Lorber and bass giant Abraham Laborial.
In 1999, Steve and his longtime collaborators formed the group JANGO. Under Barri’s guidance they released “Dreamtown” which included a cover of Victor Feldman’s “With Your Love” earning JANGO a nomination for “Best New Artist of the Year” at the 2000 National Smooth Jazz Awards. Their second release “Closer To Home” earned a spot at Europe’s famed North Sea Jazz Festival in 2001. The new millennium finds Steve as busy as ever juggling appearances with JANGO, as well as renowned guitarist/producer Chieli Minucci (Special EFX).

In the summer of 2005, Steve was tapped for the Loggins & Messina “Sittin’ in Again” US reunion tour playing 50+ cities culminating in both a CD and DVD. Country legend Clint Black invited Steve to finish his 2006 tour dates with him that year. L&M returned to the road in 2009 for another national tour. He was invited by Kenny Loggins to join him for his 2006 Celebrate Me Home Christmas tour, and again for Kenny’s summer tour in 2010.

Since 2001, Steve has been a regular member of the Lao Tizer Band. In 2006 Lao (another nominee for “Best New Smooth Jazz Artist” )released his CD “Diversify ” ( Yse Records) which includes Steve on saxophone, percussion, and vocals. The band now known simply as TIZER is putting the finishing touches on their newest release due out the summer of 2012.