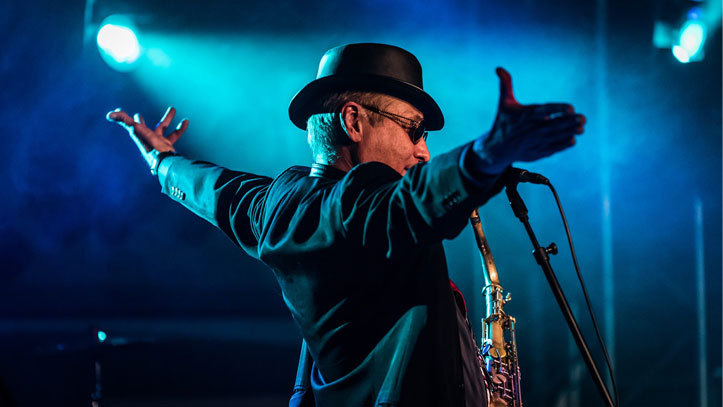 Steve Clarke, regularly recognized by his peers, is recipient of 6 Minnesota Music Awards for horn Player of the Year”.

Steve, an accomplished musician, plays tenor, soprano, baritone saxophone, flute and alto flute. He loves to play… Simple as that.

Known for his fedora, suit coat, golden tone and passion, he is also known for sitting in with bands. It is not uncommon to see him walk up to a band, ask them if they want to play with a horn player and then be performing with them that night.

Steve has appeared on over 50 recordings covering all styles of music and continues to add more recordings, commercials and jingles. Also, he has performed with Shirley Witherspoon, John Scofield, Big Bad Voodoo Daddy, Cherry Poppin Daddy’s, Michael Bolton and many others. Steve was the principal soloist for the Strawdogs, founding member of the Hot Heads, Shigga Digga and No. 6. Steve and his band called “The Working Stiffs”, www.workingstiffs.org, have received 3 Minnesota Music Awards with 5 nominations in their 4 year history. They just released their first CD “Metropolitan”.