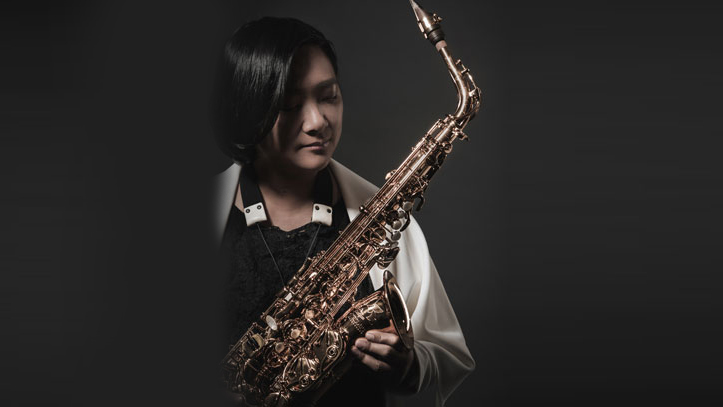 She has been actively performing locally and internationally with her band, varies music groups and as a soloist in several Jazz festivals. Her performances can be seeing with the “Metamorphosis Jazztet,” “Franz & Friends” Art Center, “Taipei Jazz Orchestra,” “Jazz Invention Saxophone Ensemble” and many more. She is the appointed saxophonist by world music singer-songwriter and producer Matthew Carl Lien. She has shared the stage with Broadway star and Tony Award winners Cady Huffman, Anthony Rappa and Welly Yang, as well as performed in the “Master of the House” of “Les Miserables” world tour concert in Taiwan. She’s also the solo saxophonist and flutist of the prominent Japanese composer, Joe Hisaishi Asia tour concert and the saxophone leader of the 2012 Christmas Music Concert at the National Concert Hall in Taiwan.

In 2001, Shawna accepted a scholarship from the Berklee College of Music (Boston, USA) focusing her studies in tenor saxophone performance. She studied with Bill Pierce and George Garzone to further improve techniques and improvisation. She has also studied jazz improvisation with Hal Crook, Dave Santoro, and Ed Tomassi. At Berklee, Shawna was a member of the Miles Davis Electric Ensemble, Latin Jazz Ensemble, Charlie Parker Ensemble, New Orleans Jazz Ensemble, and many others. She played in the Scholarship Project Band every semester as well. Aside from jazz performing, she has also excelled in the composition field and received the Film Scoring Achievement honor in spring of 2003.

Shawna has dedicated herself wholeheartedly into Jazz and has achieved great accomplishments, shared the stage with superb Jazz musicians from around the world, including New York trumpeter Alex Sipiagin from the “Mingus Big Band,” renowned Jazz composer Eric Richards, saxophonist Eric Marienthal, Paul Harr and more.

Shawna has released two Jazz saxophone albums. One of the latest albums, “Simple Life” released in 2015 was on the weekly and monthly Top album local music chart, “Books Jazz Music Chart.” The album was nominated for “Best Musician,” “Best Jazz Single,” and has won the “Best Album Award” in the Performance Music Category in Golden Melody Awards in Taiwan.