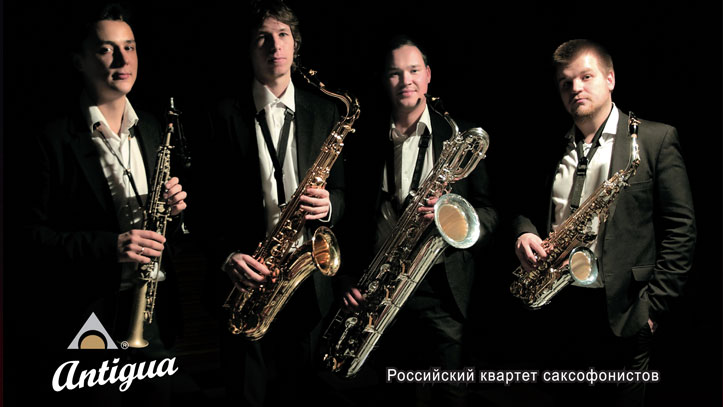 Valdimir Koznov (soprano), Taras Gusarov (Alto), Stanislav Prizhimov(Tenor) and Ilya Bogomol(Baritone) were all graduated from Russian Gnesin’s Academy of music. Valdimir, Stanislav and Ilya were studied under Margarita Shaposhnikova, who is one of the well-known saxophone educators in Russia; and Taras was studied under Vladislav Vals who also is one of the respectable professors in Russia. All of them had been performing individually with various orchestras and chamber ensembles; and winning numerous prizes including Youth Delphic Games of Russia, International Contest “Symphony” Volgograd, Selmer-Paris International Contest at Kiev, Ukraine, First Moscow Open Festival of Saxophone Players “Selmer to Children” at Moscow and Moscow International Youth Festival of Orchestras “Musical Youth of Planet”. These young talented players also being supported by numerous scholarship provided by Maestro Charity Foundation, Rostroprovich International Fund and Ministry of Culture of the Russian Federation, Governor of the Chelyabinsk Region, the Legislative Committee, President of the Russian Federation throughout their musical journey.

The four young virtuoso players have come together for “Russian Saxophone Quartet”, a quartet that mastered all genres, epochs and styles which now has been recognized as a new star in Russia. Its program amazes audiences with multifaceted interpretation. Each concert becomes an unforgettable and fascinating journey, from baroque Bach’s music to French impressionists’ masterpieces, and from Russian romantic pieces to the best hits of jazz and pop songs. The quartet has already won large audiences during their concert tours, both in Russia and abroad.