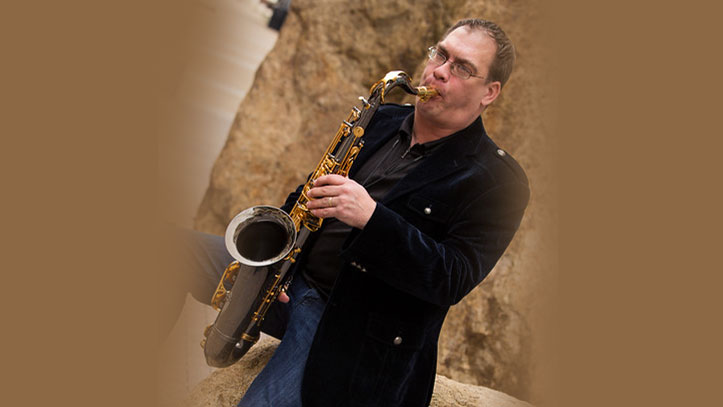 Rob Maletick expresses his love for music by melting together the various styles of musical expression that have made him a sought after musician on stage and in the recording studio.

During his 25+ years in the recording industry, Rob has played almost every style of music possible on his 3 saxophones, but has landed in Contemporary Jazz music for his foundation.

Born and raised in the Washington D.C. suburb of Manassas Virginia, Rob was able to surround himself with music at an early age. Having music teachers for parents didn’t hurt either. After High School, Shenandoah University became Rob’s home for 4 years. Learning about the Music Business and Jazz Performance there put him in numerous situations in which he was able to perform with legends Billy Taylor, Bob Berg, Chris Vadala, and Randy Brecker.

Rob’s four solo recordings have been received well both in the US and abroad. His latest, “Back Home” has been played on over 100 radio stations world wide. Both “Hand in Hand” and “Back Home” are available on iTunes and other online sites while the first two are out of print. There are two recordings planned for a 2018 release.

Producing recordings for other artists has also become a passion for Rob over the last 10 years. He loves to share his experience in the studio and his international relationships with his clients. Rob works between his studio in Virginia and in Nashville TN. His own production company Breaking Ground Entertainment was formed to help manage the producing and live sound part of Rob’s career.

The Rob Maletick Band can be seen touring Europe and Asia or in the US opening shows or playing with Big New York and the Smooth Jazz Allstars, Rob Zinn, The Neville Brothers, Donnie McClurkin, Spyro Gyra, Shirley Ceasar, Kirk Whalum, and as a member of the Special Occasions Band. Rob has even served as substitute musical director for the TV production 8101 (MHZ Network) where he backed up Rap artist Coolio for an on air performance! His most notable performances have been at the White House for Presidents Barrack Obama, and Bill Clinton.