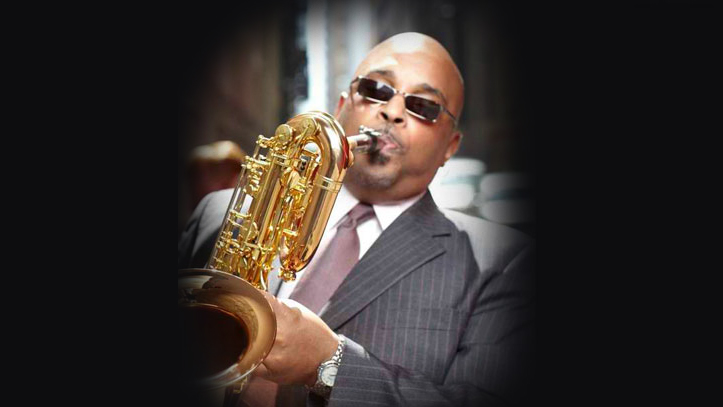 Coming from a musical family in Ontario, Canada, Nathan began exploring the world of musical performance when he was old enough to walk.

It seems fitting that the first song Mel Scott ever learned to play was Hollywood Swinging by Kool & the Gang. The legendary groups lyrics could have been written as a prophecy meant to guide Mel’s musical destiny:

Mel Scott grew up to be an accomplished jazz, blues and rock multi-instrumentalist, a key member of nearly a dozen acclaimed bands, and a film music composer, but as a child growing up in Tennessee, Mel says he was blessed to be raised in the musically rich and historic town of Memphis in a house where music was a constant.

My dad ran a sound & film room at a private country club and we had a piano in the house, so listening to music of all types was the norm, he says.

Surrounded by music may have been the norm for Mel growing up, but he certainly wasn’t a normal kid, not when it came to his early musical explorations. As far back as five years old, Mel says the composer in him couldn’t be tamed.

In kindergarten, I was always doing drum beats on the floor during nap time while the other kids were sleeping. I still hear my teachers voice ” Scott, stop pecking on that floor.

Piano lessons began for Mel at seven years old, and he later switched to saxophone. Mel continued music lessons through junior high as he discovered the jazz talents of Grover Washington Jr., Harry Carney and Johnnie Hodges. He was in the marching band, jazz band and concert band in high school, and also started performing in clubs with the schools jazz band.

For Mel, college was where his musical education and inspiration really blossomed. He was accepted to the prestigious Berklee College of Music in Boston and also received nine other scholarship offers from competing colleges. Mel says leaving Memphis and learning from major players at Berklee was an eye opener, to say the least.

I thought I was a really great horn player, he says of his experience and skills upon leaving Memphis. But, “boy was I ever humbled”.

That humbling came in the form of three greats of American music: Mel’s very first jam session at Berklee featured jazz virtuoso Branford Marsalis, Marvin Smitty Smith of the Tonight Show on drums, and Curtis Williams “who would later join Kool & the Gang as piano player” with Mel on flute.

The Berklee experience was incredible, Mel says. It was music from some of the best in the business, all day every day no breaks.

While attending Berklee Mel left to join acclaimed Haitian band Volo-Volo on tour throughout the Caribbean with an hold-over in Martinique for nearly half a year, returning to Berklee to complete his education and earning dual major in Film Music Composition and Audio Recording and Sound Reinforcement.

The amazing music education at Berklee wouldn’t be Mel’s last encounter performing with music legends. In 1986 he was a featured keyboard player on two songs by jazz great Barbara Morrison. Mel has also recorded with a number of artists including acts signed to Reprise, BMG, A&M, Hollywood records and others. Mel says one of his biggest influences and best teachers was Academy Award and Emmy Award winning film scorer Jerry Goldsmith, who was guest instructor at Berklee. In 1989 Mel accepted a position with ABC as a staff composer. Throughout the 90s Mel toured with the classic soul group the Delfonics as well as composing songs for the motion pictures Angel of the City and Street Wars.

The composition bug hit really hard and Mel began composing more music for films. Accepting a position with Spectra Vision films, Mel scored over 10-films during his tenure. Upon opening up Blue Room Studios, Mel scored the 22nd Floor, a film for director Craig Ross, Jr., that won an AFI Award. The 2 would team up for one more film Cappuccino that would win a Gordon Parks Award. Mel has over 150 publish compositions and numerous composition awards. Mel has performed and shared the stage with the likes of Peter White, Michael Palo, Lige Currie of the George Clinton PFunk Allstars, Barbara Morrison, the Delfonics, and the Untouchables. Winning the 2012 Jazz sone of the year with Peter White for the song “Here We Go”, featuring David Sanborn.

Co-Leader of the Ska super group BackBeat Brawlers and multi-instrumentalist with the LaTina Webb band, count yourself blessed when you hear Mel Scotts music or see one his bands performances. His jazzy, funky, groovy, sexy sounds will enrich your soul and make you smile.