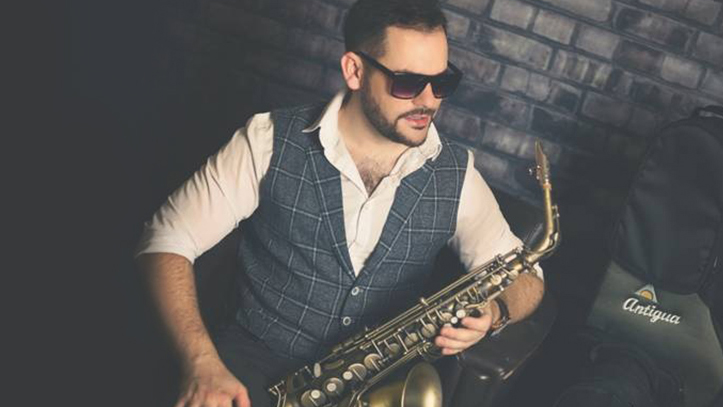 Peet Project saxman Attila Závodi is not only a great instrumentalist but also a talented composer, with his songwriting skills shining through on the band’s popular tracks as River Cruise and Drive Time. While serving as a full-time member of Peet Project, he is also an in-demand session player in his native land of Hungary, lending his talent to local pop groups that fill arenas throughout the country and to jazz acts that feature talents like Sting’s former vocalist partner Vinx. Attila’s very first solo project is a single titled Beetle by the Road, a song that reflects his charmingly simple approach to life: “I just want to do the journey and help people along the way. This is what we attempted to capture in the video that we made for the song.”

While studying music, he played in different popular Hungarian bands before joining the Peet Project, a young pop-funk-jazz group in 2013. The Peet Project is one of Hungary’s hottest music exports, with Billboard charting success and an impressive track record of playing at major US jazz festivals and recording with sax legend Dave Koz.

The band is also recognized in their home country, thanks to their live TV appearances in shows like Hungary’s Got Talent (2015), the Eurovision Song Contest (2017, 2018) among others. Awaiting release in 2019, the Peet Project’s new album will feature guest performances from the likes of Michael Lington, Marcus Anderson and Paul Brown.

Besides handling saxophone duties in the band, Attila also contributes songs to the band’s repertoire, including favorites like Drive Time (with a music video shot in Los Angeles) and and River Cruise (with a video filmed on a river cruise ship in Budapest).

In Hungary, Attila toured with such local acts like Rapülök that routinely fill 15,000-seat arenas.