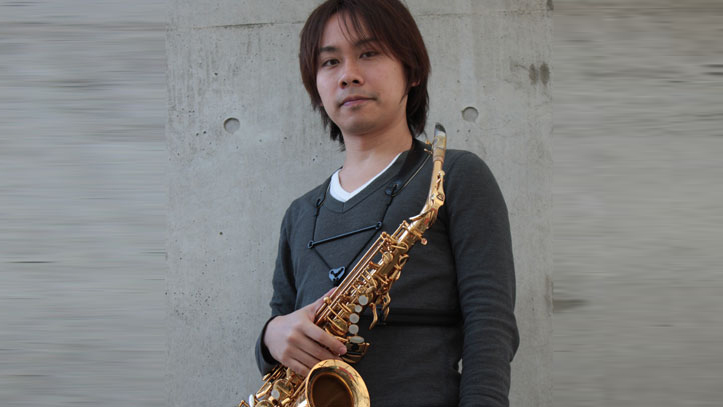 Started playing piano at age 3, Yuya started playing Saxophone at age 12.In 2001, he enrolled in Kunitachi College of Music as a woodwind performance major and joined New Tide Jazz Orchestra (the college ensemble).

In 2004, New Tide Jazz Orchestra participated in 35th YAMANO BIG BAND JAZZ CONTEST and received the highest award for the first time in 18 years and Yuya himself won the best soloist award. After that, he performed with Yosuke Yamashita, the world famous jazz pianist, and started off his professional career. In 2005, he joined “Yamashita Yosuke new Quartet” which was formed with young musicians selected from current students and the new graduates from conservatories. In 2006, he performed with Yamashita Yosuke Special Big Band and also played in the recording session of DVD Rhapsody in blue Marine meets Masato Honda B.B Station “Jazz’n Out” . In 2007, he formed his own fusion band “Tenon”. He also participated in the album recording of Takeshi Ito’s “Mellow Madness”. In 2008, he played in the album recording of “Memory is a funny thing” for Mariko Yamashita. In 2009 he formed a piano-less quartet “Yoneda Yuya Quartet. ” Today, Yuya is playing mainly with “Yamashita Yosuke Quartet” , his own fusion band “Tenon” , and the piano-less jazz quartet “Yoneda Yuya Quartet”, along with studio works and also performing actively in many other different fields.