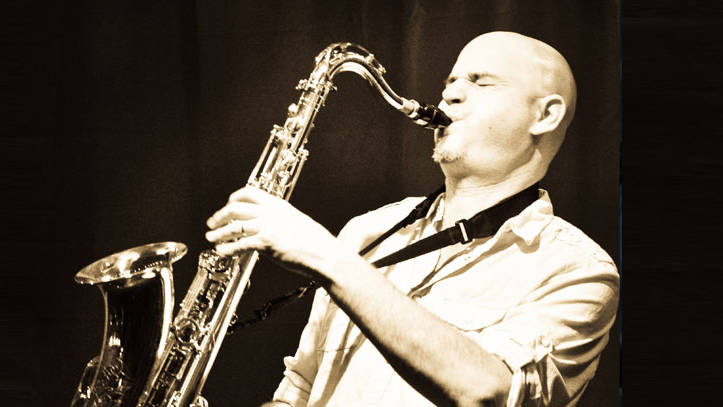 A veteran of the Southern California music scene, Jason Weber has been playing the saxophone for over 30 years; 20+ as a full time professional.

Originally hailing from the Chicago area, Jason has 8 CDs under his belt as well as numerous guest appearances on other artists’ recordings. One of the busiest musicians around, Weber performs an average of 300 shows per year with his own group as well as free-lancing with a number of other artists & bands.

Jason began playing the saxophone at the age of nine (4th grade) & played throughout high school & eventually completing a Bachelor’s Degree in Music Performance at the University of Wisconsin. Upon his arrival to the Southern California music scene, Weber quickly established himself as a gifted performer capable of moving audiences with his passion & intensity. A versatile musician, Weber has performed in a wide variety of settings & musical genres including all styles of Jazz (Straight Ahead, Fusion, Smooth, Latin) , Rock, Funk, Pop, etc. He has shared the stage with international recording artists such as Steve Ferrone, Gerald Albright, Brian Auger, Alex Ligertwood, Robert & Dean DeLeo of Stone Temple Pilots among many others.