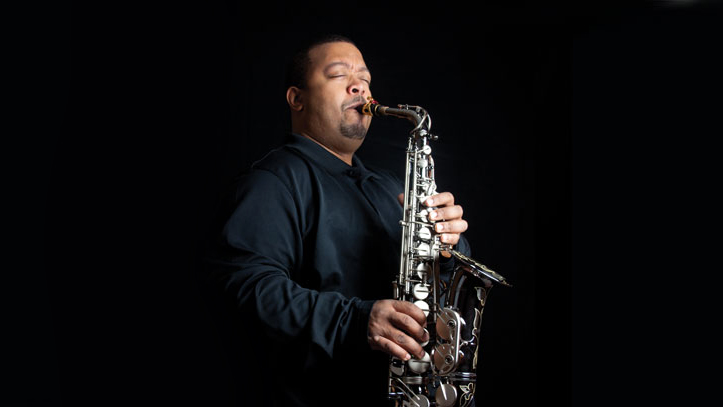 Craig Alston is a multi-instrumentalist from Baltimore who is best known as the saxophonist for Fertile Ground. Craig began performing with Fertile Ground while attending Morgan State University.

As the band became more successful, Craig chose to leave college and pursue his passion. Fertile Ground’s sound was influenced by Sade, Fela Kuti, Miles Davis quintet and Art Blakey and the jazz messengers. As a member of Fertile Ground, Craig has traveled to the United Kingdom (UK), Japan, Belgium, France, Croatia, Austria, and elsewhere sharing it’s unique blend of jazz, soul and world music. The broad exposure has allowed him to learn and grow from the various musicians and styles encountered.

In addition to being the saxophonist for Fertile Ground, he also performs under his own name. As an independent artist, Craig plays the saxophone, bass, or keyboard. As a saxophonist, Craig has played with jazz legends such as Larry Willis, David Murray, Oliver Lake, John Hicks and Jimmy Heath. He has recorded with artist from various musical genres such as the Basement Boys, vocalists Angela Johnson, Julie Dexter and Deborah Bond and many others. He has played at Artscape, the African-American Heritage Festival, the Baltimore Museum of Art and many other places locally and nationally. He recently won the Chick-Webb Jazz Combo competition.

Although Craig is a jazz musician at heart, he is able to play rhythm and blues, soul, hip-hop and gospel. Craig studied Music Education at Morgan State University. Although Craig left college to perform, he has never forgotten his roots in education. Craig is the music director and instrumental music teacher for the Maryland Summer Arts Center. The program focuses on teaching gifted and talented students to understand and play jazz. He also taught music at SAX, Summer Activity Extraordinaire and the Timothy Baptist Summer Music Program where students with little to no instrumental experience begin learning to play an instrument. Craig’s goal is to finish his education degree and open a music school in the Baltimore metropolitan area.