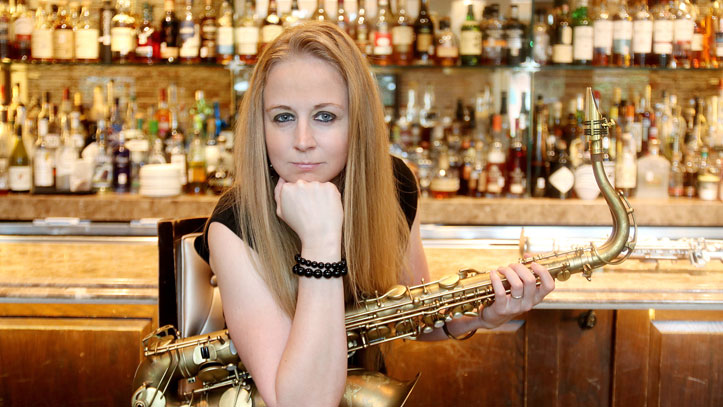 Alisha Pattillo, is a half-Australian half-English raised in Singapore saxophonist now residing in Houston TX. A seasoned traveler, she has had the opportunity to perform at Music Festivals and clubs all over the world.

Alisha Pattillo started playing the saxophone at the age of eleven at the United World College of S.E Asia. Five years later; she could be spotted playing in professional working bands around Singapore’s Night Clubs & Bars. In 2006 Alisha received a Bachelor of Music in Jazz Saxophone and Education Preparation from Australia’s prestigious Queensland Conservatorium of Music. In 2007 she relocated to the USA (Houston, Texas) to further pursue her musical career. Since arriving in America she has been actively involved in the blues & jazz scene. In 2010 she was approached by Ezra Charles to join his band, which she is still a member. In January 2012 Alisha started her own jazz/fusion group, “Alisha’s Quartet” and with this band released her debut CD “Along for the Ride” later that year. ‘Alisha’s Quartet’ has now been nominated, two years in a row by the Houston Press for ‘Best Jazz’. In 2013 she joined two more groups Soul Swagger, and The Joe Sample Jazz Orchestra, run by world famous pianist, Joe Sample of the Jazz Crusaders. Alisha is one of Houston’s most sought after tenor players; she dazzles her audience with her virtuosity, elegance and charm. Considering she is still only in her 20’s she is a talent for the world to look out for.