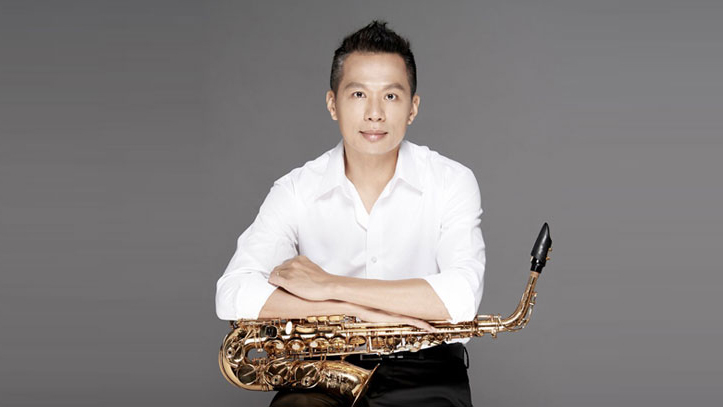 Mr. Lee is a Taiwanese classical and jazz saxophonist; he completed his Master of Music degree in saxophone performance from the University of North Texas in 2004 after receiving music certificate from Bowling Green State University in 2001. During the years in U.S., he studied classical saxophone with Dr. John Sampen, Dr. Eugene Rousseau, and Dr. Eric Nestler, and jazz studies with James Miglia, Mike Steniel, James Riggs and John Murphy.

After he went back to his country, Taiwan, he starts teaching in various schools such as National Taipei University of Education, Fu Jen Catholic University, specialized in jazz history, appreciation, theory and of course performances. He also published numbers of educational materials such as Jazz Theory for Novices.

Mr. Lee has won numerous prizes throughout the year, such as the Onyx Jazz Quartet which was lead by him, who won the 1st Prize in “Chrysler & ICRT Jazz Competition” in 2005, and Creative Award in “Land Music Awards” in 2006. In 2007, Onyx Jazz Quartet released their first album “Reliance”. Lee released his first classical album “Fantaisie” in 2009 and was nominated the Best Arranger Award in the 21st Golden Melody Awards. He worked with international artists and was designated to be the saxophonist on several concert tours. He was also the conductor and music director for Taipei Jazz Orchestra, who worked with well-known artists like Eric Marienthal.

Mr. Lee is currently actively performed around Asia and internationally. His dedication to promoting saxophone performances and learning has motivated him to cooperate with artists around the world. He joined Antigua’s family with Pro-One Saxophone and G42 saxophone on 2013. “A good saxophone has to be perfectly built inside and out. “Inside” means pitch and tonality, “outside” means appearance, finish look, mechanism and functionality. Antigua has completed all above.” Mr Lee said.