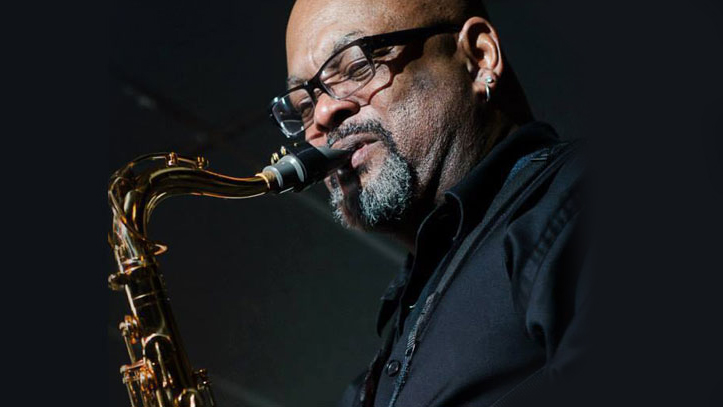 Born in Philadelphia, from soul to jazz to fusion to gospel to pop music, Anthony’s versatile style appeals to a wide range of musical tastes.

In 1982, at the age of twenty -one years old, Anthony left James Madison University to pursue his calling as a professional musician, ending up in Northern Virginia with The Sparkplugs. In 1989, he formed his own band. Tony Terry and Clockwork performed contemporary jazz covers and original music. After more than a year of successful dates in and around Washington, D.C., he disbanded Clockwork to pursue freelance work, and to dedicate more of his time to the original music projects, Egypt, and later Double Digit. Anthony’s devotion to his craft and his singular style of playing have led to openings for such artists as the Kinks, the Busboys, Steppenwolf, Junior Walker and the All Stars, Weird Al Yankovic, Deniece Williams, Natalie Cole, and Spyro Gyra, among others. He has toured the United States and Europe, shared his talents on recordings with Yasmeen, Double Digit, Anthony Archer, Forte’, Manny Fresh, Mel Waiters, Hamilton Loomis, The No Refund Band, and Annika Chambers. He has performed live with Roy Head, Shadmehr Aghili, Archie Bell, Hamilton Loomis.and Motown legend El DeBarge. In 1994, he moved to Houston, Texas and is currently working as a successful freelance musician, playing soprano, tenor, and baritone saxes, along with MIDI windsynth, vocals, and percussion. Anthony continues to work with a variety of musical artists and styles locally and abroad. In addition to working and recording his own original music project for Terrycloth Music, he currently performs with Toast and Annika Chambers and The No Refund Band.